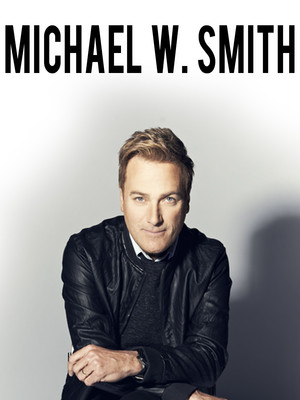 Songs of worship and faith

The iconic, three-time Grammy award-winning, multi-platinum selling artist, Michael W. Smith is hitting the road and bringing his insane talent with him. The live worshipper continues to release new music. So if you want to be one of the first to hear his new material live, then you know what you need to do!

Smith has charted in both mainstream and contemporary Christian charts, but his biggest milestone was hitting No. 6 on the Billboard Hot 100 in 1991 with his track 'Place in this World'. Over the course of his career, he's sold over 18 million albums and has been awarded the 'Golden Note' award for his achievement in songwriting.

Sound good to you? Share this page on social media and let your friends know about Michael W. Smith at Shaftman Performance Hall.

Keep up to date

I want email news and updates for events in my area! Read how we protect your data.

You know the drill, websites need cookies to make them work. Details of how we do it here. Hello! It's probably obvious, but we need to let you know that we use cookies to enable us to run this website and for it to actually work! You can find lots more detail in our Cookie Policy.
Got it!